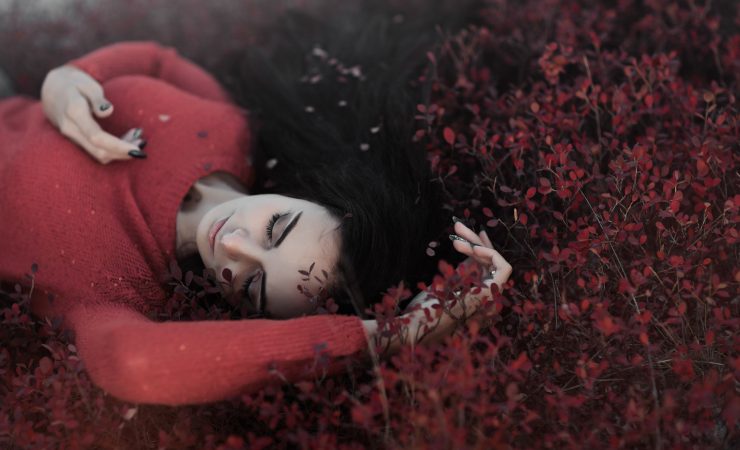 Why can’t we just feel what we feel?

If you say ‘I’m sick of being single’ you’ll get a barrage of well-meaning advice about ‘getting out there’. Or even worse, the ‘I Pity You’ look from a smug partnered, even though they’ve just spent your entire visit wiping snot from a screaming toddlers endlessly dripping nose. Likewise if you say ‘I love being single!’ there’s a look of judgy disbelief from the coupled, no matter the state of their relationship.

You aren’t just being single in our society: you get Singled. Othered. And it’s frustrating as hell.

I have found six articles on being single (some of which also link to books) talking truth about the real thing. Thoughtful, surprising, raw, inspiring, scientific or comforting. Hopefully there’s something here for you.

Why Being Single Sucks: What No One Wants to Talk About

… This is because loneliness reads as weakness. Melanie Notkin, author of the 2014 book Otherhood: Modern Women Finding a New Kind of Happiness, believes our longing for companionship is often maligned because it doesn’t jibe with people’s ideas of boss bitchdom. “It doesn’t feel feminist, the wait for love: ‘If you really want to be a mother, go out and have a baby on your own.’

But that’s what feminism gives us, the ability to make choices that we didn’t have a generation ago, to have the love and the child with that love,” Notkin says. “The truth is that we are modern, independent women who yearn for traditional dating and romance. It’s not a non-feminist thing to say. It’s actually quite feminist to admit what you want.”

Yet the persistent perception is that loneliness is something empowered women shouldn’t deign to suffer—something that can be fixed with yoga or a new dating app. Alternatively, it can appear like it’s our fault: we’re too picky, too selfish…

…My therapist told me that whenever those feelings of loneliness strike, I should sit with them, not fight them. Befriend them, even. This was hard for me to do because I always try to fight them by self-destructing: I’ll get too high, too contemplative, eat to the point of a self-induced stomach flu.

So I didn’t eat myself into a coma. I didn’t color or read to distract myself, either. Instead, I sat cross-legged on my bed and looked out the window. I watched the people walk by beneath me. I noticed I was hungry and thought about making a meal.

I heard my neighbor’s dogs barking, begging my neighbor to take them outside. I wish I had a f*cking dog, I thought to myself while enveloped in strawberry-scented marijuana smoke…

30 People on Why They’re Still Single

…Being single sucks — sometimes. I’m currently getting my single on and enjoying it a lot, but I’ve known loneliness plenty in life, and loneliness often leads to self-pity or bitterness. It’s suffocating and unproductive. Commenters on this Reddit thread explain the reasons why they’re still single, and the reasons range from sad to depressing to super depressing to self-affirming and not that sad at all…

…I am responsible for my own architecture. I can be an ivory tower, cold icy academic and unreachable, or I can be a convention center, sprawling vast, and open to new experiences.

Who others want me to be is not something I factor in when I draw up the blueprints for my design. Being single for a decade taught me a lot about my body. It kind of had to, right? Humans being are naturally sexual and I was definitely coming into my sexuality in my early 20s.

I played with sex toys. I bought self-heating lube.I watched a vast and disturbing array of pornography.

I got comfortable with my body as a sexual object and I did it alone because, sadly, there was no seasoned salt and pepper Frenchman named Jean-Claude to usher me into womanhood.

I only ever understood that orgasms weren’t easy for everyone because I read that this was so.

Because I was the one at the helm of my body I didn’t feel the pressure some women feel to perform. There was no performance, there was harmony, patience, and kindness towards myself…

-Rebecca Jane Stokes for Your Tango

…Consider, too, all of the ways in which single people are disadvantaged: They are constantly challenged by the components of “singlism“—stigmatizing, interpersonal exclusion, presumptions, and federal discrimination. In economic terms alone, single people end up way behind their married counterparts (as discussed here and here).

But the singlism is only the half of it. The flip side is “matrimania”—all of the over-the-top hyping of weddings, couples, and marriage.

The real question, then, is not whether getting married results in lasting improvements to mental health, physical health, or any of the other supposed goodies of psychological life: We already know that the answer to that is No. The more profound question is: How it is that single people—especially those who have always been single—are doing so well when so much is stacked against them? As I put it in the subtitle of Singled Out, single people are “stereotyped, stigmatized, and ignored, and still live happily ever after.”

My best guess? Single people are more resilient than everyone else…

Attracting a Relationship When we Love Being Single

…This question is a conundrum for many, including one long-single woman who was widowed in 1998…

Relationship experts exhort us to make lists of the qualities we seek in the ideal partner. They ask us to get really clear on what we want and don’t want. They encourage us to clean out our literal and metaphorical closets in preparation. They recommend creating vision boards and writing letters to the ‘One’ who is waiting in the wings.

They tell us to imagine that he or she is with us, even having conversations with this person who has not yet entered our lives as if they had. They suggest relinquishing the ghosts of relationships past. They offer the idea that healthy self love is the key to unlock the door to attracting a companion.  Then they say to surrender and let it all go. Such a paradox, but much like when you plant a garden. You don’t go digging up the seeds to see if the flower is blossoming yet.

So, what happens when you have done all of those things and still you are a solo act and party of one?

Did you find this collection useful? Sign up to receive blog posts like this on subjects ranging from single life, relationships and mental health. If you are looking for a counsellor and want the benefit of meeting with someone online then get in touch with me directly.