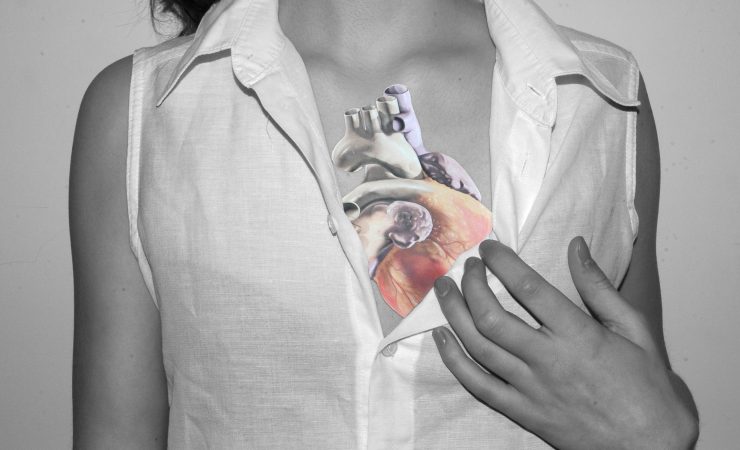 Recently I was on a weekend getaway in the beautiful Victorian coastal town Port Fairy. You know the kind of place. Surrounded by rugged beach. Historical buildings. Nearby volcano site. Little cafe’s, and a quirky bazaar run by an old hippie who interrupted his own guitar playing to inform us we must visit the volcano and ‘get primal’ under the setting sun.

Anyway, I was sitting in one of the little cafe’s and picked up a weekend edition of The Age. Most left-wing types think of The Age and other Fairfax papers as being the most sophisticated of mainstream media.

So imagine my surprise when one of the pullouts features the word ‘Disability’ emblazoned across 9 images of people with disabilities. Except the letters ‘dis’ have been crossed out, and the stories are about ‘extraordinary people’ who have ‘overcome’ disability to achieve incredible heights.

I turned to my boyfriend rolling my eyes and said ‘I bet anything the word ‘inspirational’ is in the first couple of paragraphs of this article’.

It wasn’t- The Age wasn’t quite so vulgar as that- but it was implied.

The thing is, the stories about these 9 people were awesome and their successes were completely engaging material. What I’m curious about is why they had to appear together in an article suggesting that these achievements were only worth noting in the context of being disabled people… And what, therefore, did us able-bodied people take away except for, once again, the message ‘if THEY can overcome their disability, then I can get off my bum and do stuff too’.

What the article should have been headed with was something like:

‘Despite discrimination, lack of access, lack of visibility and unrecognised skills, these 9 people have overcome a society that actively works against them to achieve the almost impossible in these grim circumstances’.

I don’t pretend to understand the lived experience of people with disabilities. I’m not disabled and I have no doubt there are many things I miss. I do have friends with disabilities however, and I have had colleagues and clients over the years with intellectual and/or physical disabilities who have- to my fortune and their generosity- shared with me many, many experiences that beggar belief.

My first job out of uni I worked as an outreach worker with people who had intellectual disabilities. I used to think of myself as a ‘cool’ worker. I would take people wherever they wanted to go. I would assist young lovers to meet for lunch when one of their parents wouldn’t allow them to be in a relationship.

But one time I took a young woman out shopping for new clothes. She was extremely excited. I knew she wanted a new top with sequins, so we went straight to the kind of store that stocks cute girl clothes. She picked one out and we headed to the change room. I realised that there was no way her wheelchair was going to fit in the change room. (Mind, you’d be lucky to fit a person over a size 8 in those rooms). I marched up to the sales assistant and said ‘Jenny cannot fit in the change room. Where else can she try on this top?’ The sales assistant said ‘um, there isn’t anywhere… what about up the back of the shop?’ I was initially outraged ‘she can’t get changed in the open shop!’. The assistant shrugged, as if that was the only option, and went back to adjusting her bracelets.

I looked at Jenny, holding the precious top in her arms and smiling at me. I asked her if she wouldn’t mind changing up the back of the shop and she shook her head eagerly. So I did it. I helped her take off her top and try on the new one right there in the back corner of the open shop. The top fit, and she bought it.

Even thinking about this now- it’s burned in my memory for all of time- I feel deep shame.

Jenny wasn’t in a position to speak for herself on this particular topic, because perhaps at that stage she hadn’t quite realised that it wasn’t ok. She was a fierce advocate for herself on other topics (despite difficulty with speech), so the only reason why she wouldn’t have spoken up on this one seems to be because she didn’t realise this sort of thing wouldn’t happen to an able-bod, not in the same way.

And it was my job to insist. To insist that Jenny have the same rights to privacy as anyone else, the same right to try on clothes before she bought them like anyone else, and that I would speak to management and even the media should this issue regarding access not be remedied.

Back then I suppose I didn’t really have a full picture of what the issues were. Certain things made me angry or uncomfortable or concerned, but I wasn’t confident to articulate what they were.

It’s important to note that most of the people I worked with advocated for themselves in all sorts of ways that I often didn’t recognise at the time, but can now reflect on and try to learn from.

So what have I learned from the beginning with Jenny to the Age article and everything in between?

To Pay Attention to what is not immediately visible to me.

To Listen to what disabled people say they need and to stand alongside them in their fight for equal rights, access, freedom, safety and a public voice.

To read articles and blogs and watch videos and TV made by disabled people such as Autistic Hoya, Jax Jacki Brown, Disability Busters and of course the legacy left behind by my friend Stella Young.

To see what disabled activists are advocating for and respond to any call-to-arms.

To trust my gut and speak up when something is wrong.

To try and offer something in the space between:

And most of all, to stop thinking of disabled people in relation to my able-bodied story. To see beyond the ‘Kid in the wheelchair who overcomes the odds to win a basketball game thanks to the love of the Father who never gave up’ or the ‘Happy woman with Down-Syndrome who is the beloved burden of the Hard-Working Sister looking for love in all the wrong places (she’s lucky to get 2 lines of her own)’ or ‘Autistic boy who’s name no-one remembers played by Oscar-grabbing Actor’.

Disabled people don’t exist to further my story or make me feel good (or bad) about myself. They occupy entirely separate space, and manage themselves within our shared world where my body is infinitely privileged.

A way to consider this yourself (other able-bods) is to wonder who is ABSENT when you read a newspaper article or turn the TV on in the evening, whose stories are not being told, who isn’t being portrayed in all their richness. Who’s faces and bodies are missing from what we see most of the time. 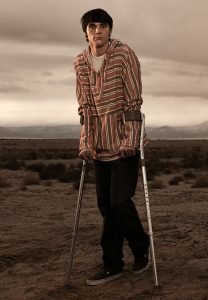 One example of a disabled person being present in pop culture is from Breaking Bad (If you’ve seen it, be prepared for the world’s tamest description of a phenomenal but intense and violent show). RJ Mitte plays Walt Jnr. He is an actor and actual person with Cerebral Palsy playing a guy with Cerebral Palsy who is also a son, a teenager, a friend, a student, a boy becoming a man in the context of a dad getting increasingly out of control.

He’s also sweet, kind, angry, immature, sad, happy, caring, supportive, sexy, experimental, annoying, fun, cute, and he’s also dealing with CP within American society, which he and his family show us is frustrating at times in numerous ways. But Walt Jnr’s disability doesn’t exist to move the other characters and it’s not a major plotline to make you feel worse for Walt Snr as he starts brewing crystal meth in his lab to make money for his family. It just… is. Walt Jnr’s disability adds richness to the story and his own character, but he isn’t defined by it, nor is it the only thing about him the other characters relate to.

R.J Mitte himself has called for disabled actors to be given opportunities to play what may have been envisioned as able-bodied characters. While he has suggested that able-bods playing characters with disabilities gives them ‘insight’ into a world they were not familiar with, he strongly advocates for disabled actors to be given the chance to play themselves on screen given that only 5% of actors have disabilities:

There is 100% difference between an able-bodied actor and an actor with a disability playing a character with that disability.

Increased visibility and support for issues that are not directly ‘our own’ make for a better society and more exciting community. And we can always- always- learn more. I for one am attempting to keep my ears, eyes and brain open, even when it hurts… Even when i’m scared, ashamed or just plain wrong.

Because it’s totally worth it.

If you enjoyed this blog post or would like to talk to me about it, please get in touch. I’d love to hear from you.