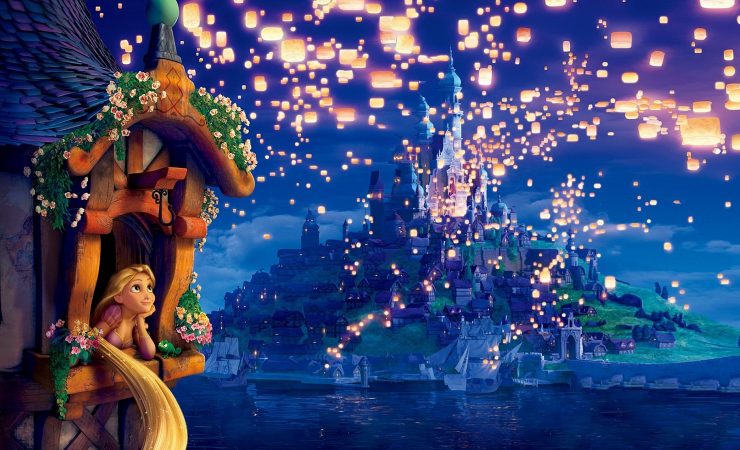 In another fairy tale-turned-Disney-movie, Snow White’s stepmother, the Evil Queen, is so jealous of her beauty that she tries to kill her with a series of poisoned gifts, culminating with a poisoned apple.

What do these stories have to do with you and me? I don’t know anybody who was raised in a literal tower, but how many people do you know who have been in a relationship with someone who used and imprisoned them, even while claiming everything was for their protection?

I don’t know anyone who has eaten a literal poisoned apple, but have you been offered something you thought you always wanted, but when you reached for it, you ended up with a mouthful of toxicity?

For some of us, these scenarios of abusive behaviour have repeated themselves over and over again.

If your life looks like one of these stories, what is there to do? In the traditional versions of both of these fairy tales, the heroine gets rescued by a handsome prince and they live happily ever after.

In real life, of course that doesn’t happen. In fact, unless our problem involves being physically incapacitated, I think we should all be suspicious of any rescues which don’t require our participation.

Anyone who claims they can rescue you without you having to do any work can be suspected of offering a poisoned apple in disguise. Their motive in “rescuing” you from your current situation may turn out to be a desire to use you for themselves.

Fortunately for all of us, self-rescuing is an option, especially if we have some help. For example, in Disney’s Tangled, we learn that Rapunzel could have used her hair to escape from the tower at any time. So what kept her there? Mainly, it was the lies Mother Gothel was telling her: I love you more than anyone, the world is a scary and dangerous place, and you can’t possibly survive on your own.

In order to be free of the tower, Rapunzel had to free herself from the lies that were keeping her there.

She had to realise the difference between true love and being used and controlled. She had to discover her own ability to make it in the world. And she had to realise that the unfamiliar, while it might feel scary, wasn’t necessarily any worse than the situation she was already in. In the story, Eugene helped her to accomplish her own escape by (sometimes inadvertently) helping her recognise these truths.

Maybe the long drop down from the tower looks like facing the grief of SEEING the abuse we have been through and working through the shame we attach to that realisation. Maybe it looks like noticing that we were not so different from people we used to look down on, and accepting ourselves anyway.

When our feet finally hit the ground, there was a whole new world out there to explore.

In Snow White, the stepmother tricks Snow White into eating the apple by making it look delicious on the outside. I think the trick in disguising a poisoned apple lies in making it seem like an antidote rather than a poison, or at least like the only possible satisfaction for someone’s deepest hunger. You need to know what your target has suffered in life and what would seem like the greatest cure for that wound. If your target has always felt excluded, you can dress up the apple as a chance to finally belong. If they’ve always felt unsafe, you dress up the apple as security. If they’ve felt neglected, you dress it up as attention and care. You dip the outside in some colouring and flavouring to make it seem like it’s going to finally fill that need. Then on the inside, you put the exact opposite. Maybe you tell your partner how much you love them, all the while acting like you hate them. Or you alternately shower them with attention and totally ignore them. Then you wait for your confused victim to keep biting again and again, trying to wash away the poison they just ingested with the antidote they think is there.

To overcome this trick of the poisoned apple’s candy coating, we can recognise that there is an antidote to whatever poison life has sent your way, but it isn’t necessarily to receive the exact opposite.

You don’t need to be loved perfectly to recover from being treated terribly, or to be perfectly safe in order to get past the danger you’ve encountered.

The antidote to almost every trauma is to get to know and embrace the truth about yourself, the truth about life, and the truth about what happened to you. The truth will cause you to grieve, but once you have faced it, you will have the power to refuse a poisoned apple, because you will know that you can bear pain and loss, and therefore you will know that even if nothing can ever take away the pain of everything bad that has happened to you and everything you’ve missed out on, your life will still be worth living.

Then you can walk away from the unrealistic promises of poisoned apples and embrace flawed and average-looking apples that hold nutrition instead of poison.

The other trick of the Evil Queen in getting Snow White to eat the apple is to take a bite out of the non-poisoned half in front of her. In real life, abusers often try to convince you that their abusive behaviour is only fair, so you should be okay with it. Every time you complain about their behaviour, they will try to persuade you that you have done the same thing to them, only worse.

In order to avoid this trick, you need to realise that the two halves of the apple are usually not the same, regardless of how someone is trying to portray them. Instead of doubting yourself because the other person seems to be just fine scarfing down the same apple that is killing you, realise that they gave you the poisoned half and kept the good half for themselves. You don’t have to believe someone’s words when they tell you the two halves are exactly the same. If it helps, you can get a friend to help you look at your half of the apple and see if it seems poisoned to them.

Fairy tales, when seen as metaphors, can show us that across the centuries, the villains of abuse, control, and violence use many of the same tricks over and over again. Once we recognise these fairy tale abusive behaviour tricks, we no longer have to keep falling for them.

We can get down from the tower, leave the poisoned apple on the table, and begin to find our own adventures. This is a guest post written by a survivor, a seeker of healing and strength, a warrior woman for social justice, and a lover of stories: both real and unreal. She generously shared her experiences for the Unveiled Stories readers and I am very grateful to her for doing so. If you enjoyed this post, please do comment and share with other survivors and lovers of fairytales in your life, or sign up to receive more tales of truth in your inbox. If you’re looking for a counsellor, feel free to reach out to me at anytime, I’m here to help.