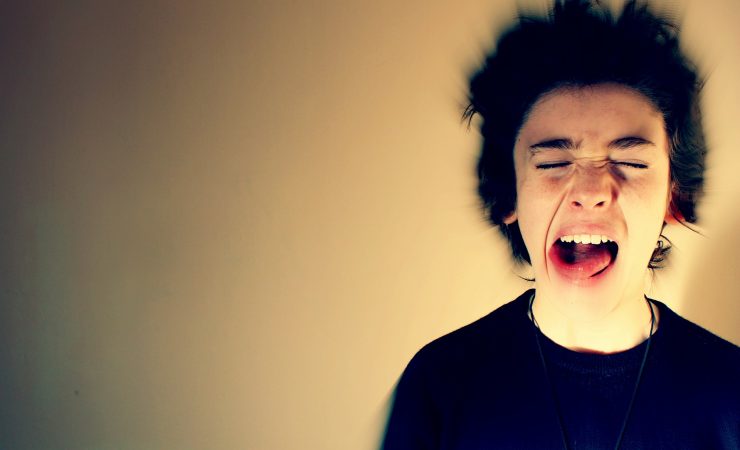 Joe* arrived at children’s counselling because of a violent incident with his 9 year old brother and ongoing difficulty trying to ‘control anger’. He was 12, and on the brink of high school. I met with his parents first, who told me with great fear in their eyes that Joe had ‘exploded’ and ‘lost his temper’ at his brother recently, and seriously hurt him. They said he had these ‘explosions’ before- they thought they were kind of just part and parcel of Aspergers (now called Autistic Spectrum Disorder or ‘ASD’, but a lot of people just call it Aspie) and although they didn’t know how to deal with them, they hadn’t seen him so ‘out of control’ before.

They were at a loss about what to do.

They were scared that Joe might accidentally one day irreparably harm or even kill his brother, who goaded him into reactions, not understanding. They explained that they held the brother accountable for the goading and for his own behaviour, but they couldn’t watch the kids all the time, and it was Joe’s Anger that was the great concern. They also told me that Joe had scared himself too, and was willing to try and change.

Joe came into the playroom later that week. He walked into the room, sat down and looked at me expectantly. Non-directive play therapy isn’t generally helpful for kids on ‘the spectrum’. My experience is that young folks on the spectrum are far more interested in the way things work rather than using them to ‘express’. Expression takes place in different ways.

I said something along the lines of ‘do you want to talk with me about what’s brought you here, or something else?’

He nodded. He whispered “I get really angry”.

I nodded back and said “I heard about that from your parents. Do you have a name for the way you feel when you ‘get really angry’?”.

He thought, then answered “Explosions. My Explosions”. [Same word as mum and dad!]

I said “Well we’re going to figure some stuff out about these Explosions if that’s all right. We might start by mapping a history of them. Can you remember the first time an Explosion happened and took your control away?”

Joe answered “Yes. In Preschool!”. We got out the A3 paper and a texta and began drawing a wiggly line that showed the most significant times. They were stories filled with important events and details and memories. We got a solid timeline of Explosions.

Until we arrived at what happened with his brother.

Joe looked at me with tears streaming down his face, and told the story of what he had done to his brother. How he had ‘lost his temper’ and ‘exploded’ and how he hurt him. “I’m scared” he said “I don’t want to do that ever again”.

Anyone who thinks that people with ASD/on ‘the spectrum’ don’t feel empathy, or don’t ‘feel’ things full stop, well, I’d like to introduce you to Joe.

He was crying because he felt ashamed. Because he didn’t want to hurt anyone. Because he was seeing and feeling what his brother felt and it was unbearable. Because he was scared he was out of control. And he really meant it. He didn’t try and shift the blame onto anyone else, he took responsibility for his actions. He didn’t even look away when he was telling me about it (only to refer to the map), he owned what he had done.

I don’t know many adults who can do that.

Perhaps a 12 year old with a disability has something to teach everyone. Perhaps it’s time we moved far, far away from the lens this society looks at disability through and closer to a place where we respect and appreciate Neurodiversity– (a term coined by an Australian woman Judy Singer whose mother, daughter and herself have Autism)- providing equal rights, access and opportunity to every human. That includes the opportunity to be learned from- not as ‘inspiration porn’ for able-bods and neurotypicals, but as teachers with valuable lessons. If you haven’t seen the #notspecialneeds campaign, I suggest you check out this awesome video.

Next session Joe came and sat down again. This time I was at the white board, and said ‘right, we’re going to try and figure out some solutions that you may not be aware of, from your own stories, in relation to this anger. Can you tell me about something that made you feel the anger this week?’

Joe thought, then nodded and said “at school. This boy…”

While he’s talking I rapidly tried to draw this story, in stick figures, on the board. See, I’d just read this new book about drawing actions VS thoughts, which was supposed to help autistic people ‘see’ that people aren’t always thinking what they’re saying or doing.

Joe laughed and said “you are the worst draw-er I’ve ever seen”.

I stopped and looked at my scribbles:

Thank goodness he was direct and we could do away with some major time-wasting!

I burst out laughing too. “Can I get a do-over?” I asked him.

He said- a little sceptically with eyebrows raised- “ok…”

So I drew a thermometer shape. Much easier!

Btw, This is not a unique tool in helping ‘teach’ young people and kids about ‘anger’.

But we used it in a rather unique way:

Joe and I decided that the top of the thermometer was The Explosion: the worst angry possible, the one where he hurt his brother.

Everything underneath would be events that could be ranked according to how much ‘anger’ boiled up inside Joe when certain things happened. Once we looked at these things, we would figure out what Joe did that stopped the anger from creeping ALL the way up to the ‘explosion’. Joe would then practice using these things ‘on purpose’ to see what fits the best.

We would meet once a week, and like detectives investigate the events from the week that stirred anger. He would have to be honest, he would have to be dedicated, and he was keen: the need to get a grip on the Explosions, to control anger, was far too great.

And so we did this. Joe discovered some incredible solutions to the anger problems. His brother, for some reason, liked sneaking his socks out of the laundry basket and hiding them and then pretending they were ‘lost’ when they had to fold them and put them away. But this week Joe got in ahead of him and asked his mother to fold them with him and put them in the drawers (Mum joined the plan and found a different job for his brother). This solution had a the double-effect that Joe got to spend some 1:1 time with his mum.

We learned that ‘fairness’ was very important to Joe. When things weren’t fair, the anger was the hardest to control. We explored some ways that Joe could ‘stand up for fairness’ other than rising up with an explosion. This was logical to Joe: the anger didn’t address the unfairness, so what would?

Finally, Joe figured out some ways to talk TO his brother about the things they had in common and they started to become a bit more friendly! The improvement in Joe’s relationships made it a bit easier to explain how he was feeling, there was better understanding and patience even though the actual words were polar opposite at times.

He also figured out some creative things he could do- like rub his hands together to ‘brush away’ an arising Explosion, or travel himself away in his head for a moment before responding to someone at school who was troubling him.

Joe came to 6 sessions. Then there was a big break: nearly 2 months over the summer holidays. He wasn’t sure he’d be able to handle not being at school for that long, and not coming in for counselling. I assured him he could remember the thermometer and draw it himself at home if he needed.

After the school holidays, Joe came back for a 7th and then the 8th final session.

We invited his parents to come, to show them the map and then the ways he’d moved towards solutions. His dad couldn’t make it this time, but his mum did. I had taken photos of all the thermometers from every session, and Joe showed them to his mum and explained how we did them.

She told him she was proud of him.

But then she said “I’m more than proud. I’m amazed, the last 3 months, even if you’ve felt angry, you haven’t even come close to an Explosion. You are the calmest person in our family. I think I need to go to counselling to ‘control anger’ myself!”

I told her that Joe could teach lots of people about managing Explosions (or their own name for those angry feelings), and that he could also teach people how to talk directly and politely to someone about how you feel rather than ‘beating around the bush’, as many of us Neurotypical people waste a huge amount of time doing.

I let Joe and his mum know that if they wanted to continue this at home (maybe for everyone, not just Joe), then I was sure he could draw a much better thermometer than I could.

You know what? You probably can too…

Did you enjoy this post? Well sign up here to get more landing in your inbox! I’m all about expanding the ways we see ourselves and the world we live in, particularly through our relationships and our inner life, with a view towards living as imperfectly as possible. If you want some help, don’t hesitate to reach out to me directly: I am taking new referrals for online counselling, and you might be surprised by the ways I can help you.

*Names and identifying details have been changed