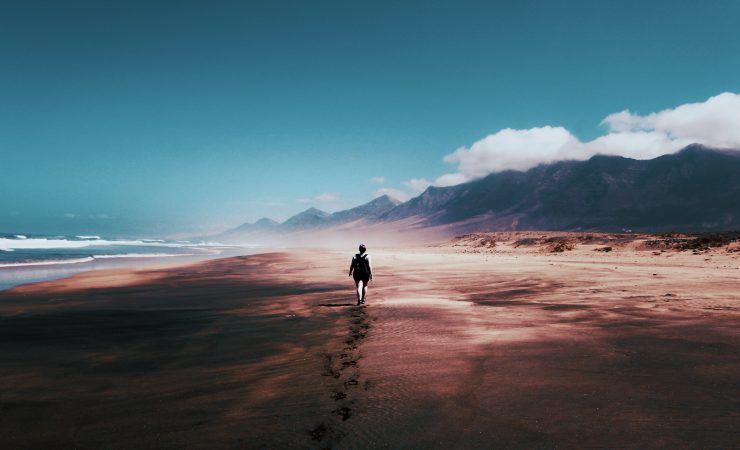 Two words many of us are frightened of saying.

We aren’t saying it, and yet we are feeling it. We’re demonstrating it in our behaviour.

In varying surveys and articles towards the end of 2017, around 1/4 of Aussies said that they often feel lonely. On average, men report loneliness more than women; people who live alone describe more loneliness than those sharing a household; and mothers report more loneliness than folks who live with others but don’t have children.

But does self-reporting loneliness indicate with true accuracy how many people really ARE feeling the pain?

There’s one obvious way that we can look at how folks engage in behaviour that indicates loneliness beyond self-reporting.

In 2017, ACCC statistics report Australians lost over 20 million dollars to dating and romance scams. This is second only to investment scams.

Really think about what that means: In one year, over 20 million dollars has been given to a lot of someones pretending to love you.

Before you start pitying those who have emptied their bank accounts for love, be aware that this happens to lots of people. To women, men and non-binary folks. To people of all ages, financial situations, abilities, races, socio-economic circumstances, sexualities, educational levels and many times to those who least expect it.

People who say they were feeling great about themselves met someone (usually online) who seemed perfect and they went with it, not realising they were getting scammed. Other people were aware deep down (or not so deep down) that something was seriously wrong, but didn’t want to believe it because a profound need was being met.

Why don’t we understand what is happening here?

What is a scammer offering that we need so very much?

And, if there are so many people who are lonely, why can’t we genuinely offer ‘it’ to one another without a scam being involved?

Two words that often come tumbling out in a counselling session, accompanied by a shock flood of tears, head in hands, fearful a bit like a rabbit caught in headlights.

We dress a lot of feelings up in psychobabble, trying to give things fancier names with complicated explanations and descriptions. We’re diagnosing depression here, anxiety there, a multitude of ‘you’ problems that are in ‘your’ head that ‘you’ and only ‘you’ can ‘fix’ with the right ‘treatment’.

But what is loneliness, after all, than the gap between where we are and where we want to be in our relationships?

After all, it’s not the exclusive territory of people who are not in a partnered relationship. There’s nothing more lonely than lying next to someone who you know is not right for you anymore, who you no longer love or who no longer loves you. It’s an awful feeling.

But is it ‘treatable’? Should it be?

It is my belief that more people are lonely than are not.

If it’s true for you, then it can be bloody hard to say.

We ignore it. We dress it up in psychological fancy words. We hide from it.

The loneliness has a way of seeping into your best hiding places though.

Into the bed you shared with someone who doesn’t respect you. A phone call where you ‘almost’ talked with authenticity about how you are feeling. The marriage that makes you feel more alone than if you were alone. Your reflection in the mirror every morning.

It may even have morphed into a deeply held belief that there is something fundamentally wrong with you.

One of the reasons Brené Brown is so popular is because she deals with problems like shame, loneliness and suffering in ‘real words’. Brené is an academic right? She could very easily be writing inaccessible papers on the studies she does on the psychotropicalblahblah’s. But she doesn’t.

She’s curious about the things we ALL feel, she explores them, and she gives words to those experiences alongside ideas for dealing with them. Simple words.

And therein lies hope for some relief from loneliness.

Narrative therapy practices also use ‘real words’. Your words. There isn’t something wrong with you because there’s a loneliness present, or a sadness, or a fear. It doesn’t have to be complicated to be talked about in a genuine, meaningful and helpful way.

Likewise, you don’t have to pretend to be a certain type of person who is fundamentally different from you to find authentic connections and love.

If the loneliness is telling you there’s a pretence needed (and it may be running so deep you don’t even realise it IS the loneliness talking you into it) then maybe you need some alone time to get on board with what you really like doing and who you really love being and what sort of life might really work best for YOU and not what society tells us is the height of success.

That might mean making a specific daily time to do such things as: Journaling. Talking with a professional. Doing meditation.Writing unsent letters. Exercising. Lying in the sun. Reading books that you actually cannot put down (no matter how trashy). Finding podcasts you love. Going to a workshop. Educating yourself. Making a powerhits playlist. Being in your body and nowhere else.

You might be led to unique sparkling outcomes: like deciding to move in with a friend, even though you’re in your 50’s and you didn’t think it was ‘adult’ to live with other people, or joining a social group or justice-seeking association and giving it 100% even though there’s no pot of money at the end of the rainbow. You may jump on a plane, start a course, foster a child, research a topic of interest, take care of a relative, march quietly in a parade, talk to your plants, ask someone for a hug, come out, attend a women’s collective, take up reupholstering furniture, sponsor a village, cry more than you thought possible.

Not hiding any of your weird and wonderful you-shaped interests, desires and dreams.

Embracing the bits that feel uncomfortable or different. Wondering and practicing what it’s like to talk about those bits. Those are the bits that are going to give you the core of what makes you special, and help you feel stronger and be less vulnerable to scammers and their ilk.

It might also be sitting and staring at the wall and grappling with The Loneliness as it rises. Perhaps you even have some questions for it:

Sometimes just saying something a bunch of times helps it lose its power. I wonder if, as you’ve read this post, you’ve said the words out loud to yourself? I’m lonely.

Loneliness is a part of the human experience. The human condition. We’re all a lot better off when we can just say those real raw words to each other (and ourselves) without the dressing. Start from there.

And then feel our way to what’s next.

If you are worried that you are being scammed, have a look at the ACCC’s information on dating and romance scams. Don’t be held hostage by scammers or by pride. You don’t deserve this, and there is help available.

If you liked this post, you might like this personal piece on how we don’t need to be confident all the time. Or you might like to sign up for the Unveiled Stories List to get these posts as well as letters and occasionally workshop offers. If you’re looking for a non-judgemental online counsellor then do reach out to me.