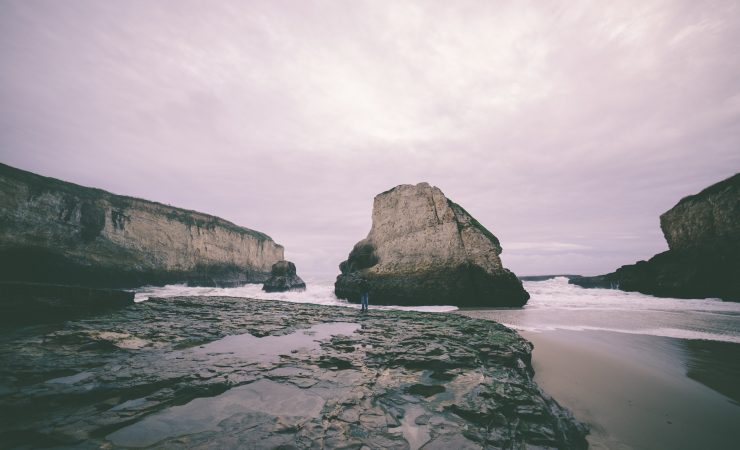 That’s probably not something most people would say about the famous front woman who once mistook an arena stage for an airport. Nor of Fleetwood Mac, a band best known for film clips involving centurions and baton twirlers and tubas, for rumours and love triangles and cocaine. But it’s certainly true of her namesake: a cheeky white hatchback Toyota Corolla, a 2004 model with ABS and incredible fuel efficiency.

That Stevie Nicks was my first true automotive love.

I trucked her up to Darwin from the government car auctions in Canberra, and together we explored the Top End: from barely graded Gunlom roads to the Roper River in Mataranka. We went camping at Litchfield and Edith Falls, Kakadu and Umbrawarra Gorge, drove to bush doofs at East Point and mango farms near Batchelor. Stevie Nicks navigated wet season flash flooding on Ross Smith Avenue and Rapid Creek Road. She took me to parties where I kissed boys and parties where I didn’t.

Later, restless and ambitious, Stevie Nicks and I would travel further: to Larrimah where Fran sells her camel pies, and Daly Waters, where Frank Turton used to perform in the dry season for crowds of adoring grey nomads, capping his performance off each night with a live chicken perched upon his head. We drove to Tennant Creek, the Devil’s Marbles, Wycliffe Wells and Alice Springs. In Stevie, I learned to master the meditative art of long distance driving, to sit on 130 and run my eyes back and forth across the scrubby bushland and black tarmac. I’d play Stuart Highway Cricket to pass the time; as far as car games go, it’s far superior to “I spy” and you can play solo. A white oncoming car is one run, a road train gets you three, a boat south of Tennant Creek is a six. Pass a red car travelling in the opposite direction and you’re bowled out. A solid test series really will take you from one end of the Stuart Highway to the other.

When I got a job in Broome, I drove Stevie Nicks out of Darwin and across the Great Northern Highway. When I arrived four days later, Stevie was a little out of place in the Broome Boulevard car park; the Kimberley favoured vehicles that drank diesel. The interesting paths were off road and required a 4WD, but still I gripped onto Stevie Nicks like a childhood teddy bear.

Broome was a small grid of streets that could be circumnavigated in the space of a 3 minute 30 second pop song. China Town is flanked by the airport. Old Broome nestles up to Roebuck Bay by way of Town Beach and then the housing estates swing out to Cable Beach and back towards the highway. Unhinged with humidity and loneliness, I did laps of the town so I could keep driving and listening to music.

I inhaled songs from the temperamental car stereo like lines of goey. The same songs, over and over, just trying to get enough of a hit to take me through another day at work, another panic attack, another dodgy date, another evening of being alone in my house. I went in for uppers and downers: Walking on a Dream by Empire of the Sun, Reckless by Australian Crawl. I tried hard to keep my manic moods confined to the driver’s seat, contained in this strange form of musical OCD.

One tear-drenched afternoon, I found myself driving out of town, along the Great Northern Highway. I could just keep going, I thought to myself. Over the bridge, past Willare Road House with its greasy bain marie. I could keep going until I hit Fitzroy Crossing and after that I could keep going some more. Instead, I hit the rural outskirts of town, better known as 12 Mile, and ground to a halt. I was double pumping the tears when a peacock walked across the black tarmac. The bird turned up its blue and green plumage like a middle finger and strutted back into the bush. The sky began to spit; splats of rain fell on my windscreen. Reluctantly, I did a three-point turn and headed back to Broome.

Things got darker for Stevie Nicks and me. Late one night, after a walk on Cable Beach and laps around the new housing developments that sat behind it, I found myself driving up the red dirt road to Gantheaume Point. The one solitary house beyond the cliffs was closed up and dark. I could only see as far as my headlights; the colours from the sunset had well and truly drained from the rocks. I was crying again and I couldn’t stop and I couldn’t see much reason to go on.

I could end it here, I thought. There was a tin of tennis balls in the back of the car, a few old towels. A combination of the two would stuff the exhaust pipe. I could listen to the Evening show on Local Radio and relax into a long, oblivious sleep.

Then I started to think about who would find me. The mysterious occupants of the house beyond Gantheaume Point. Maybe a solitary runner, a couple out for a cliff side pash. The cops. The senior sergeant, maybe. He wasn’t my biggest fan. The sergeant had a weekly slot on my radio show, all the news from the beat. I could have witnessed three domestic violence incidents, seen someone being bludgeoned with a broken wine bottle in the Woollies car park and overheard a riot on Anne St the night before, but he would still come on the airwaves and tell me that there wasn’t much to report. Just if people could make sure they locked their houses before they went out, that might be a good idea. It was important to discourage opportunistic thieves during the school holidays.

I didn’t really want the sergeant to find my body, though it was reassuring to think he wouldn’t mention it on the radio.

That last thought was enough to give me a jolt. I turned the car around, drove back down the pindan and away from Gantheaume Point. I went home and watched the news and cooked some dinner. I went to bed. I got up again the next morning, choked down a bowl of muesli and drove Stevie Nicks to work.

That’s what they tell teenagers who are coming out for the first time. It’s what we tell anyone who’s hurting, who’s grieving, who’s scratching loneliness from their eyeballs and lying awake in the dead of night.

This too shall pass.

It’s hard to think back to that night on Gantheaume Point, to other nights in other cars where ending seemed easier than beginning. But I’m still grateful to Stevie Nicks for pulling me through those darker days. For giving me respite on pindan roads and tarmac highways. For providing me with a passport to the North, free-wheeling me from the Kimberley to the desert and Darwin again. For taking me out of the dank corners of my mind, and back into the dirt-speckled light.

My life is certainly different now. These days, Stevie Nicks belongs to a bloke called Qasim who lives in Palmerston. I have Mr Tea, a spare bedroom for guests and a baby boy growing gram by gram in my belly. Broome is 1870 kilometres away. The sun keeps rising and setting, because that is what it does. Because I am just a cog, not the great, spinning machine. It does get better and then it doesn’t and then it does; everything gets better again.

If you’d like to find out more about Miranda or sign up for her blog, you can do so here. If you are looking for an online counsellor, or you just want to ask me any questions, simply jump onto my contact page and reach out, i’d love to hear from you. If you like to sign up for my blog- posts and videos 95% by me with the occasional piece of gold by a guest blogger thrown in- then please sign up here. You’ll get free journal prompts too.