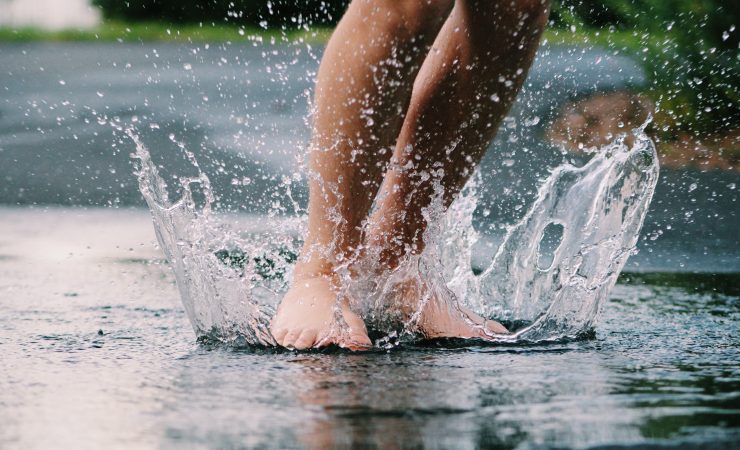 This is a guest post that I wrote for Tiny Buddha, which was originally published here under the title ‘Life Is Better When We Focus on What We Appreciate, Not What’s Lacking’. It’s about appreciating what is rather than fuming about what is not. I am republishing with permission from tinybuddha.com.

Recently a friend told me a story about taking her 7 year old to the circus.

It was a wonderful mother-daughter outing. Just the two of them, no pesky brothers or dad tagging along and getting in the way.

They had THE BEST time. They watched acrobats and clowns and all manner of brand new delights, gasping at one another gleefully at every new feat. They bathed in each other’s company without interruption, laughing and having fun. Literally ALL the things.

After this magical afternoon, as the two of them were leaving, my friend’s daughter spied the merchandise stand and wanted mum to buy her a plastic fairy wand. My friend gently but firmly said no.

In the car on the way home, her daughter was quiet.

“What did you like the most? What was your favourite thing today?” my friend asked her.

She was sulking. “I’m just thinking about the wand I didn’t get”.

I’m just thinking about the wand I didn’t get.

How many of us fixate on the wands we didn’t get, even amidst the most wonderful experiences?

How often do we hone in on the one negative comment, or the thing that isn’t right instead of what is positive or right?

How can we go about appreciating what IS rather than disproportionately focusing on what ISN’T?

For myself, the wands I didn’t get loom most darkly now that we are in the age of the Internet. As much as I am a huge advocate for the awesomeness of online life (hello- I am an online counsellor right?!), something that sucks me into a vortex of wishing for what ‘isn’t’ are reviews.

Inevitably this can lead to disappointment when I finally get to experience the actual thing I’ve been reading about for months.

I turn up to a new café or a guesthouse and find myself honing in on what isn’t:

When my friend shared this anecdote about her daughter and the wand she didn’t get it was very timely.

A much-needed slap in the face, really.

Here’s what I began thinking about:

What practices am I doing that drag me into a space of Entitlement and loaded expectations, and what practices make available a stronger sense of Appreciation for what Is rather than what Isn’t?

One thing is to be less obsessed with reviews, obviously.

Another is to really spend some time reflecting on how I experienced life before the Internet. How I travelled, what behaviours, what choices opened up a sense of wonder about the every day world?

In the last few months of digital nomad life, I’ve been much more inclined to just show up and try stuff out rather than worrying about what lots of folks thought.

Here are my ‘rules’:

1) A brief skim of a review is handy, but it’s time-limited. Only a few minutes checking other’s thoughts, and look for basic practical things that are important.

2) Using an online map is fine, but we can get pulled into focusing on the ‘voice’ and the electronic ‘dot’ of self, so I’ve reverted to using a paper map occasionally.

4) Take some time rather than rushing. What’s the rush?

6) Talk to people in person, ask for recommendations.

7) Be ok with imperfection. Enjoy what is good about what is happening.

I’m finding myself naming the things I like first:

I’m also trying to notice the practices that give me feelings of  being a good person and doing more of them, which then helps me put so much more good out in the world:

The wands I didn’t get are, slowly, fading from memory as I replace them with what I did get- with what IS- and here’s what I’m learning: Contentment and Acceptance are bringing more joy and also strengthening a sense of bravery and connection while on this adventure rediscovering daily life.

You know what else?

That wand would have been the highlight of my day… for all of 5 minutes. Then I’d be back to feeling bad and annoyed about the ice cream I didn’t get; the criticism I received over the praise; the rain that came after the sun (and appeared to last so much longer).

A constant seeking of external pleasures and validations.

Well actually, most of us really do have a lot. And while it’s great to acknowledge sadness and disappointment (especially when it’s more than warranted), and to speak up when something really is wrong, it’s equally important to get on board with what IS.

To know when it’s just a plastic wand and nothing more.

And then get on with the business of appreciating that amazing day at the circus.

Coz you just never know when you’ll be HERE again.

Did you enjoy this post? Sign up for my list to receive more directly in your inbox, as well as more personal letters and occasional offers on a fortnightly basis. If you’re looking for a counsellor, don’t be scared to reach out (even if you haven’t considered online counselling before). I’m here to make you feel at ease and to help in any way I can. I also have an in-person practice in Coffs Harbour and Bellingen and i’m co-facilitating a wonderful Untold Stories workshop on June 1st 2018, so jump onto that if you’re keen to explore your story in a supportive environment.