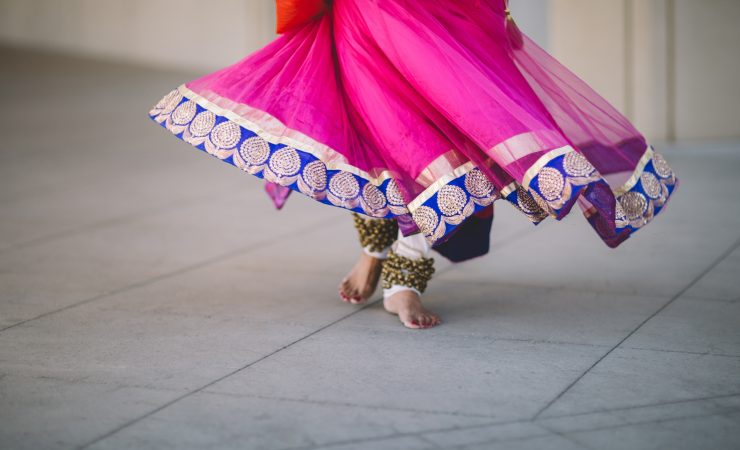 When you are rebuilding your life, sometimes help comes from the most surprising of places.

Chandni* was at a crucial time in our work together. She’d been rebuilding herself and her life upon somewhat rocky foundations some months after freedom from a horrifically violent relationship.

Chandni wanted to ‘find’ some of her ‘old self’. She refused to let her selfhood and identity be entirely defined by her husband, who had already taken so much from her.

We had arranged for one of her sisters, Kalpana*, to join us for a session. Kalpana and Chandni described a happy childhood, one in which they were afforded much shelter from the ‘worst’ of the world. Values of compassion, hard work, joy, creativity and respect were instilled in them.

They were discussing a fond memory when suddenly Kalpana said ‘you never sing anymore!’

Chandni said that her will to sing- her inner voice- had been lost in the marriage, but she had once loved singing. The sisters used to sing together. I asked them if they could recall any particular song they loved when they were young.

‘This is really cheesy, but we used to love Una Paloma Blanca’

I had to confess that I had never heard it.

‘What?!’ said Kalpana ‘You must have! Look it up on YouTube’

So I did… we listened to the phenomenally cheesy polka-ish surprise smash hit of 1975 by The George Baker Selection. And it was still true that I had never heard it.

I made another request. I wondered if the sisters would consider singing it?

It was apparent, after all, that the lyrics were quite beautiful and perhaps a capella would do it more justice.

Without hesitation they agreed immediately. We even got the lyrics up on the screen so they could remember the words.

I’m not sure what other folks in other rooms thought, but surely they heard these (at first) shaky, then more confident, until crystal clear voices belted out Una Paloma Blanca from my room that day. In between tears and laughter I watched Chandni and Kalpana holding hands as Chandni found her lost voice.

I cherish that moment.

In Narrative, we often say that counselling is a co-creation and therefore the process in some way changes us all.

So when Una Paloma Blanca came on the radio this week- a rarity indeed in my experience (and choice of radio stations)- I was immediately transported to that room and that treasured moment of witnessing Chandni regaining a vital part of her identity. The immense ability to rebuild your life.

This transportation was a sensory experience.

A smile played on my lips.

The experience actually helped me with a decision I was making.

The sensations were located in my body. It took me out of my head and into a moment- both here and now and also in the past. It touched me deeply.

I’m telling this story to illustrate something important about healing.

At the core of you, for changes to occur, a lot of things need to align. Sure, it helps to want something to change. But to actually be able to enact change, there is a significant difference between cognition, emotion, and the senses.

As the marvellous Melbourne soul musician Thando says ‘Do something that makes you feel something’.

It’s virtually impossible to grab hold of a cognition- a thought- when you’re in distress. So often I hear folks saying ‘I KNOW it in my head, but I don’t feel it in my heart [or my body]’.

That’s because, essentially, you are cut off from your thinking brain once your internal danger signal has gone off. And every time you are trying to do something that is out of the usual: from standing up for yourself, to not grabbing that 9th drink, to remembering how you used to love singing by singing aloud for the first time in 15 years, something inside is saying ‘don’t do that!’.

Even if it’s a good change. Healthy. Healing. Progressive. Meaningful.

That voice can get pretty loud, and lemme tell you, it has serious plans for you. Mostly to keep you doing the same thing all the time. Even if it’s bad for you. Some of those voices are hella-nasty and actually WANT you to be doing things that are bad for you.

Rather than fight with it, in a way that you may have done for a long time, you can ‘trick’ it by finding something sensory that doesn’t require thinking.

You can basically bypass the second-guessing ‘thinking’ voice and speak to your senses instead.

Transport is a key element in this process.

Having something at hand that takes you to a place where you felt stronger, or safer, or more confident. Carry a keepsake connected to a person who knows you to be an amazing person. Run your hand under cold water and actually experience the feeling. Listen to a song that rocks you to your very core.

Sometimes we’re afraid that if we really let our guard down and surrender to the sensory then we will be completely lost and won’t be able to function.

Which is why it’s helpful to practice ‘sensing’ with things that you know give you good vibrations. There just isn’t a quick way through this stuff unfortunately, but practice doesn’t have to be a massive drag either.

Don’t wait for some cheesy old song to come on the radio. Give it some intentionality, find something/s that evoke sensations for you, and let us know how you go in the comments below.

* Names have been changed

If you’re looking for a counsellor to help with rebuilding your life, please get in touch with me here, I would love to help you.