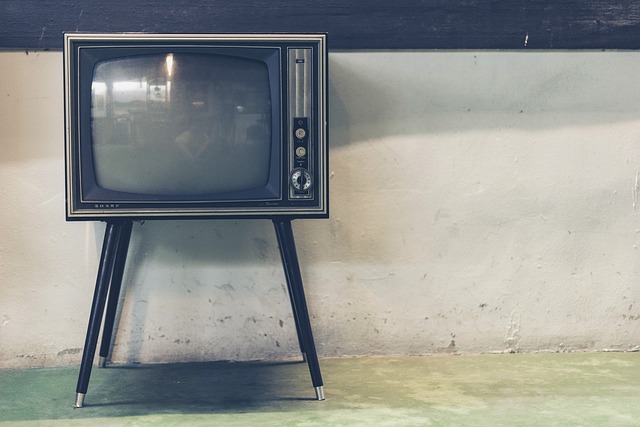 Confession: I love television. I know it’s not cool to say it, but there it is. I even got rid of the TV aerial (before live streaming) not because I was hip and cool but because I couldn’t trust myself not to channel surf endlessly.

I have always loved television, and so it seems fitting that as I have grown it has also grown to the point where, quite frankly, the quality of TV has largely surpassed film. It would be a downright disservice to unplug the box.

Live streaming is, of course, where it’s at today. And there are LOADS of options.

I’ve decided to dig into a few special bites on Australian Netflix across the genre spectrum to deliver some treats you may not be aware of. All of these shows feature women doing cool shit on Netflix- something that is, still, a little challenging to find.

Not in a ‘these women characters seem great but they’re still doing something disturbing {hidden misogyny/ignorance/the writers are all male}’ type way.

But in a ‘these women are writing, performing and delivering some kickarse uniquely voiced brilliance all OVER my screen and I have to get me some major inspiration’ way. 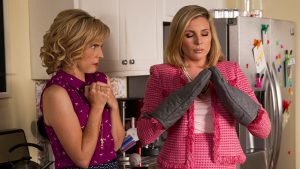 Lady Dynamite is like nothing I’ve seen on television. Maria Bamford stars as a version of herself- a comedian trying to kickstart her career after a stint in a mental health facility for treatment of Bipolar 2.

But that doesn’t describe this show at all… it’s like an ambitious cyclone, completely eccentric, beyond meta, warm, and truly hilarious. It has elements of Arrested Development (one of the writers is Mitch Hurwitz), Master of None, Louis, Parks n Rec (sort of)… packaged within 1970’s-looking flashes between scenes, constantly deepening self-referential moments, and a stream of guest stars hurling themselves beautifully into scenes between ads for Japanese noodles.

If this is what it’s like to live in Maria Bamford’s mind then I want the remote control to tune in daily. Somehow she’s managed to bring to life a genuine mental health struggle without ever dipping into the saccharine or the sour.

Bright, wild and unique you cannot miss this if you’re really interested in women doing cool shit on television. 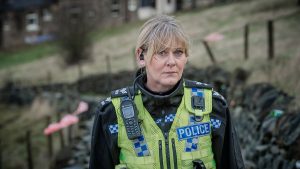 British crime dramas are second to none.

But this one set in West Yorkshire has something extra special. The lead role is Police Sergeant Catherine (Sarah Lancashire): a middle-aged female lead dealing with family life and struggling with grief while whipping out some seriously brilliant and engaging investigation. I suspect the extra mile is because it’s written, created and directed all by the same woman (Sally Wainwright) and it’s got the vibe of someone’s precious baby all over it.

Be warned- it is really violent, but if you don’t mind that so much (especially violence that has consequences and actually shows the long term impact on the victim rather than using violence as a mere plot vehicle), you will be completely sucked in to the brilliant storytelling.

While both seasons have a self-contained ‘mystery’, the arc is across the release of convicted rapist Tommy Lee Royce (a charismatic James Norton) and the subsequent crimes he commits. Catherine is grandmother to the child of one of his victims, and as such is constantly battling the choices she must make in the investigations. Catherine is a wonderful figure, beautifully played, as are the supporting characters, and the result is absolutely thrilling. Also being British the series is much shorter than it’s American counterparts and therefore you can be satisfied in one night.

How to Get Away with Murder [Drama/Thriller/Mystery] 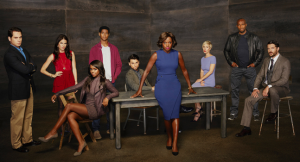 This show was a surprise discovery on Netflix and is now one of my absolute favourite television series. Queen Shonda Rhimes can do no wrong in television production land, but HTGAWM is just a cut above in this mystery-soap-lovers opinion.

The unsurpassable Viola Davis, who recently won an Oscar, is terrifyingly good as a criminal defence lawyer and university lecturer Annalise Keating who chooses a group of ambitious students every year to assist her with cases. This band of diverse and beautiful young things quickly become embroiled in a murder case of their own, which is slowly revealed through flashbacks as the series moves forward.

Unlike the more ‘soap opera’ shows of the thriller genre, HTGAWM keeps you gripped without leaving thousands of questions unanswered at the end of season 1, and offers bursts of satisfaction as a separate case is solved each episode. But it is Davis who keeps you glued to the screen. As Annalise she appears ruthless and unforgiving with expectations of her students beyond your wildest nightmares, but as we get to know her we find out so much more about her motivations, her complexity being what makes her so refreshing. 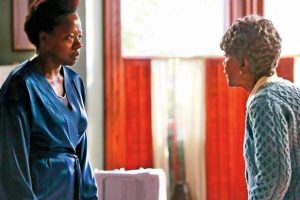 The scene between Annalise and her mother, brushing her hair, is surely one of the most mesmerising scenes of all time. It centres women’s stories- women of colour- rarely seen on TV. That’s what makes HTGAWM so magnificent: amidst the drama are pure moments of unadulterated truth. Netflix women fans can’t go wrong. 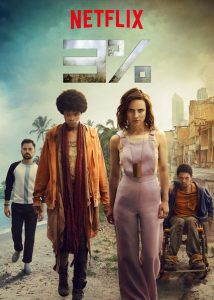 Um, does the promotional image not say everything you need to know about this Brazilian Sci Fi?!! Seriously- check those atypical stars out. Basically 3% has a bit of a Hunger Games vibe. Set in a dystopian future, 20 year olds who live on the inland slums of Sao Paolo are given the opportunity to compete in a ruthless process (called… The Process) to see if they can qualify to join the meagre 3% of who live in paradise.

Michele is a wonderful lead (played by the terrific Bianca Comparato), but she’s not the only wildly talented female actor who shines as the first season moves through each stage of The Process (and we learn more about the characters and the underground movement who are working to overturn those who sit at the top of the foodchain). Vaneza Oliveira as Joana is a real standout.

What I particularly like about this show is that it is extremely watchable. Less disturbing and violent than many other great-but-almost-too-painful-to-watch dystopian futures on our screens at the moment. Interestingly, the 3% is based on how many people actually make a significant change in their circumstances within their environments (thereby dispelling the myth handed to us by the rich-getting-richer that we are all capable of changing our lives if only we ‘work for it’). Evidence that we are so much stronger together and should be fighting the same fight for all of our rights as humans. Also smart women kicking butts = great teev. 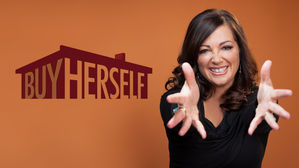 For a change of pace, let’s throw in some lifestyle television. Hands up if you (secretly) love those house-buying shows on 9LIFE?

Well someone does, because they are endless. And let’s face it: very repetitive. Typically presenting couples fighting about whether or not to be close to town or to the beach and banging on about granite counter tops and stainless steel appliances until you want to strangle them.

Enter Sandra Rinomato and her Canadian show featuring women buying their first homes. There is only 1 season, which is odd given that it’s still one of the most popular shows on HGTV and that single women are now topping the market in house buying.

For a lifestyle show it’s surprisingly got some genuine depth.

Much like Sandra has been herself, the buyers are: women of colour or from immigrant backgrounds whose families expected them to stay at home until they were married; divorcees taking their first steps towards living by themselves; or young women excited (and often unrealistic) about entering the property market.

Sandra dishes out some serious reality checks on the househunt as well as giving out practical advice for viewers who might be in the same position around budgeting and what to look for (and what to forget) when buying your own place.

Most importantly, she unpacks what is holding some of the women back from making a decision. Yes there are tears, yes it’s cheesy sometimes, but the stories ring true:

What does it really feel like to downsize to a condo after a painful divorce?

How difficult is it to go against your family and step out on your own?

When you’ve been dreaming of the perfect house, how do handle it when you have to dramatically adjust your expectations in exchange for independence?

Sometimes the women actually decide not to buy, which is important. This isn’t one of those ‘come back and see what they’ve done with the place in 6 months’ shows.

Instead, the buzz moment is simply when Sandra hands them the keys to their new life and their faces transform into a huge smile, which is inspiring for any babes wanting to go out and do anything massive on their own.

It seems wrong that I’m Australian and yet didn’t include any homegrown teev. It appears however that the 3 shows I had on my list when I originally compiled it are no longer on Netflix, BUT if you can find them, they are:

Written by and starring Josh Thomas, this somewhat autobiographical, absolutely darling, and wonderfully funny series features a whole range of unique characters who fill up Josh’s daily life from when he first comes out as gay; deals with best friend and family dramas; and gets into his first serious relationship and beyond. I can’t really say it’s women-centric, but it is a solid Aussie show that is actually still on Netflix. It offers a unique perspective on mental health (particularly suicide and depression), queer relationships, the female characters are rich and interesting (especially his mother and best friend), and one of the stars is the unmissable Hannah Gadsby who I rave about in this post.

Looking for a counsellor who gets why women doing cool shit on Netflix is important? Then get in touch with me here, I’m happy to answer any questions you might have. Find out more about me and Narrative Therapy in this video here, and sign up for the blog here. X